Chris Burke, a 26-year-old electronic dance music producer and DJ from Aberdeen, Scotland, set out his audacious aim and began the process of transforming his lofty vision into the concrete reality that is the Electronic Dance music that audiences all over the world have come to expect. He’s also collaborated with renowned talents including Klaas, Christina Novelli, and Grammy-nominated vocalist Jeffrey Jey. Tiesto, David Guetta, and fellow Scotsman Calvin Harris are among the many artists who have influenced him in the realm of EDM/House/Dub. His collaborations are catchy, radio-friendly anthems that are delivered with genuine intensity and vocal passion, such as his new chart-topping hit single “Bad Girl,” which has so far garnered a staggering 520,571 streams on Spotify (as of the time of writing this) and over 35,000 staggering views on YouTube. 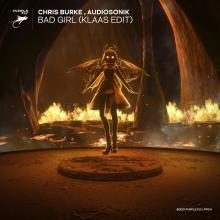 “Bad Girl” has everything you might want in an electric dance sound: progressive trance and synthetic dance, as well as classic dance, which is distinguished by a continuous rhythm pattern that occasionally includes a strong drumbeat. This captivating tune’s free form, with its incorporated intricate instruments that merge effectively with the dance tracks, makes it even more intriguing to listen to and appreciate. Because of its distinctiveness, it has been able to merge elements from several kinds of electronic music into a cohesive whole that is addictive. The intensified rhythm stretches the harmony to a hypnotic crescendo, with the fragmented lyrical and melodic elements and reverberant textures suggesting unimaginable power and energy.

This production by Chris Burke, Audiosonik and Klass is a legendary production that has been crafted with generous amounts of industry, artistry, and persistency to create a finished product that has intensified to a level that is moving the world. If anything this deserves to be on road as it is an epic work of art that inducts these creative musical geniuses into the hall of fame of epic achievers. You just can’t make this stuff up!

Published in Arts & Entertainment and Business